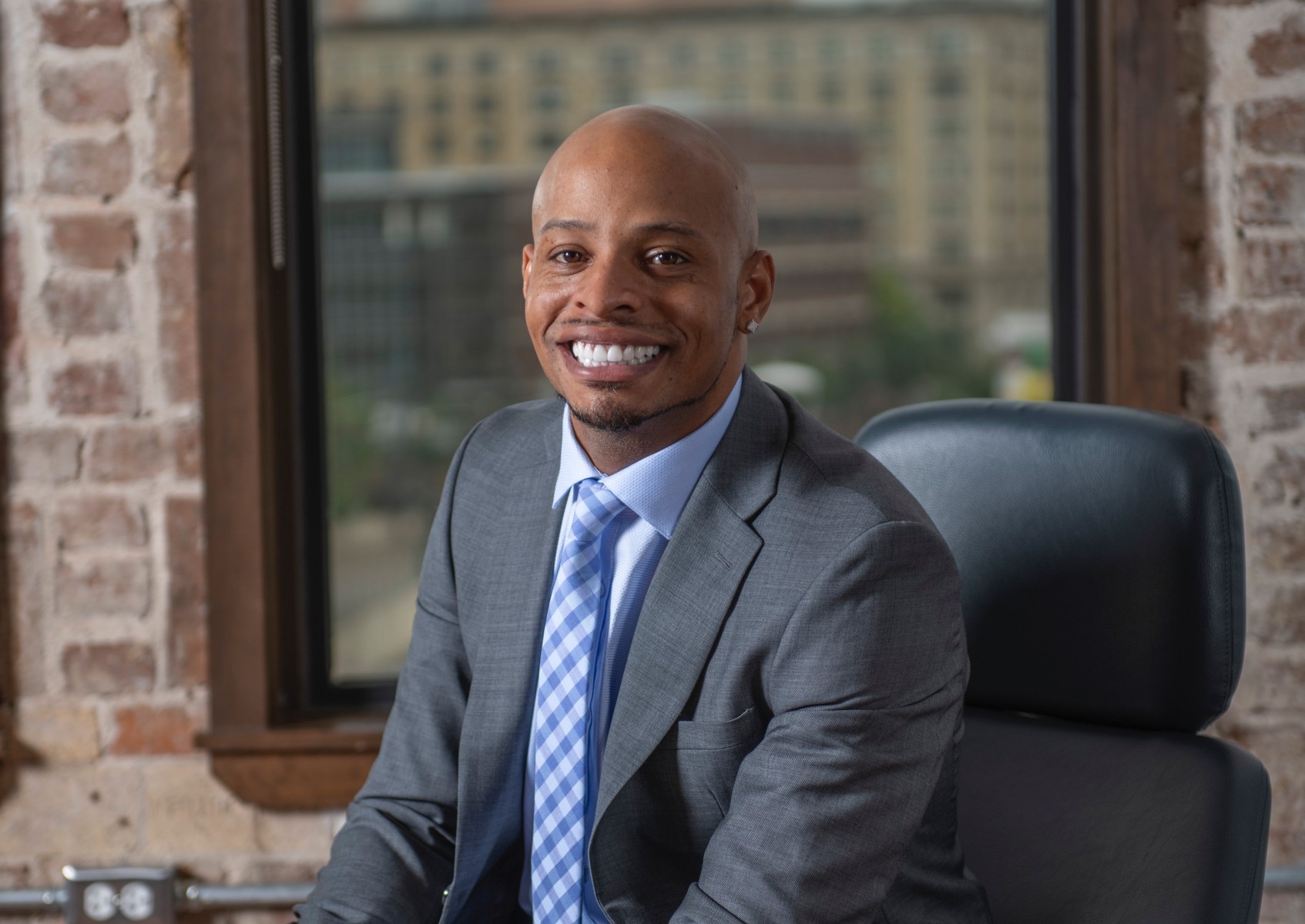 When traveling the country, Marcus Bowers always makes sure to visit every city’s Martin Luther King (MLK) Boulevard—there are more than 900 streets in 42 states and Puerto Rico named for the Civil Rights leader.

This UHD alum has noticed a common theme throughout his travels.

Bowers grew up in Houston’s South Park—a post-World War II development in the south-central area of Houston where many of the streets are named after WWII battle sites and people.

As a middle and high school student, he got into fights often.

Even through these challenges, he doesn’t describe his upbringing as a hard life, because for him it was the “norm.”

“Walking every day to and from school was the truth … from the drug dealers to the gang bangers to the dropouts,” Bowers said. “There weren’t a lot of success stories around me. It’s up to you to get out and find success when it’s not around you. You don’t realize anything different until you get out. When you do get out, you look back and realize there was something better.”

For Bowers, there was something better—military and college.

After high school, he served four years with the Navy’s SWCC (Special Warfare Combatant-Craft Crewmen). Bowers considered his military service an influential chapter in his life.

“I love talking about the military. It literally saved my life,” the 36-year-old said. “I traveled the world and received a free education. The military provided me with a way out.”

Bowers wants to bring together veterans to help dispel the myths associated with serving in the military within inner-city neighborhoods.

“I want them (veterans) to speak louder against the negative rhetoric … and echo my voice to lead and encourage people that there is a better way.” After the military, he earned an associate’s degree from Houston Community College. In 2011, he graduated with a Bachelor of Business Administration from the Marilyn Davies College of Business.

“UHD gave me the opportunity to work full-time. At the time, I had a job that most people would retire from. Instead of taking that same path, I decided that I wanted a different path. The evening college experience was just what I needed. I didn’t have to change my lifestyle,” he added. “One of the great things about UHD is that you can maintain your life while advancing your future.”

As the first person in his family to graduate from college, Bowers felt different with a UHD degree.

“My mindset changed. I didn’t want to get a job. … I wanted to create them,” he emphasized. “A college degree isn’t a license to stop. UHD and the military taught me to always want more … to never stop growing and to never stop learning.”

One of Bowers’ favorite UHD memories were his professors.

“It was a great experience to learn from educators who were able to provide a different global perspective,” said Bowers. “It provided a more well-rounded education.

An Entrepreneur Is Born

In the summer of 2012, he decided to start a business with fellow veteran, Warren Broadnax.

With $800, Bowers sold bundles of hair extensions from the trunk of his car and he never looked back.

Now seven years later, their company She’s Happy Hair is one of the largest suppliers of virgin hair in the United States with eight stores across the country and more than $22 million in annual revenue. Recently, the company signed multi-million dollar partnerships with Walmart and Macy’s.

Earlier this year, the Houston Chapter of the National Black MBA Association honored Bowers and Broadnax at its 19th Annual Leadership Empowerment Scholarship Banquet, which recognized pioneers of excellence and innovation.

“The most powerful thing I learned from studying business at UHD was that social responsibility matters,” said Bowers. “Business is not just about making money, it’s about making change in the community. If not you, then who? You have the resources to make change as a business leader. When you’re successful, you have to take care of your customers and their communities because they take care of you.”

Bowers, a man of his word, applies his military mindset of protecting and serving to his business acumen.

Each year, The She’s Happy Hair Foundation sponsors national Back To School Drives, Christmas Toy Drives and various events that impact communities in multiple U.S. cities, as well as the annual Mike Bowers Scholarship, which honors Bowers’ late brother who passed away in 2015. The Foundation plans to extend this scholarship to other Houston-area high schools in the near future.

Every Veteran’s Day weekend, Bowers hosts The Fish Bowl Experience (similar to the “Shark Tank” TV series), which offers a platform for aspiring entrepreneurs (college graduates or vets) to pitch a business idea to a panel of eight multimillionaires who also are veterans and college graduates. The first business idea received $30,000 to open a Houston restaurant.

Bowers has begun work on his first book, “Martin Luther King Boulevard: Road, Street Mindset,” which he hopes to complete this year.

The proud UHD alum also wants to give back to his alma mater. Bowers sees his success as a means to give back to the community through youth, education, veterans, business and entrepreneurship initiatives.

“Do you want to just live or be remembered? If you’re not creating anything or leaving a legacy, then what are you doing? We need to share the blueprint to success,” said Bowers. “That’s what drives me … what you leave behind … to help others after you.”