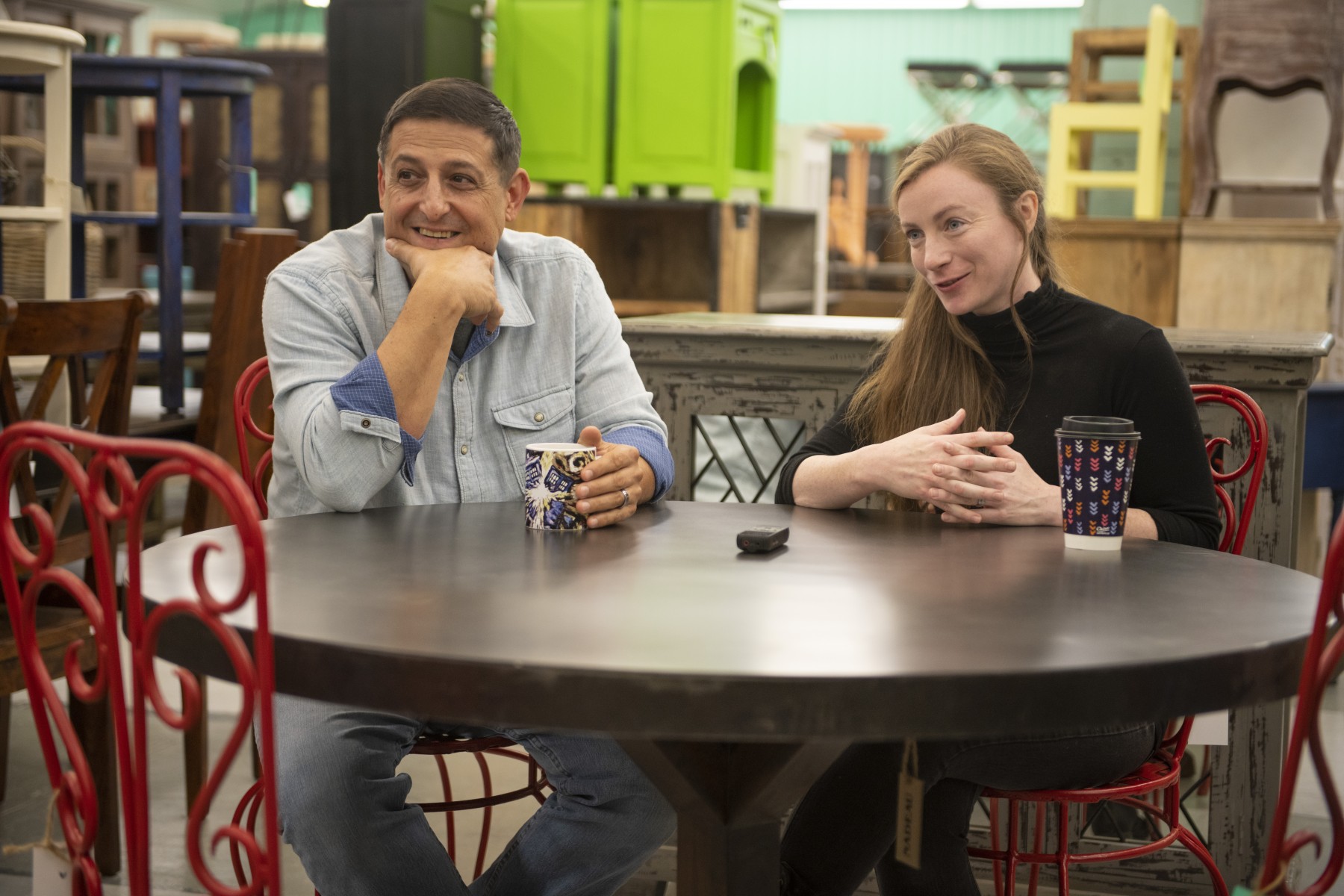 When you walk into Nadeau’s 6,660-square-foot showroom in Houston, you’re immediately transported to places around the world.

Nadeau—Furniture With A Soul began 27 years ago in Santa Monica, California by Tom Nadeau. Initially, the business sold to wholesale clients throughout the U.S.; however, the company eventually transitioned to retail storefronts. Now, there are more 35 stores across the country. The store offers uniquely created handmade—never mass produced—furniture imported from Indonesia, India and Vietnam.

“The beauty of Nadeau is there no middleman,” said Tohill, Nadeau manager. “We offer our clients wholesale prices. The sales floor is never the same on any given day…its ever-evolving. There’s always something new.”

Dicken added, “Nadeau offers a lived-in and rustic selection that’s not dependent on one specific look and feel.”

Tohill has been with the company since 2010 with the first Houston location in Rice Village’s 2,987-square foot showroom for five years before moving to its current location in The Heights. As store manager, Tohill is joined by an assistant manager and one full-timer.

Nadeau’s corporate business plan is simple: zero marketing budget, just customer email sign ups and the manager is the business for everything—from store orders to customer issues. And by the way, all sales are final.

More often than not, Dicken steps in to assist the team.“It’s a very limited number of laborers…we move everything” she said. “No gym membership required.”

With more than 8,000 active pieces on the showroom floor at given time, the solid wood furniture choices range from contemporary urban to colonial farmhouse to shabby chic to traditional Indian. Twice a month, the store receives shipments containing more than 200 items from 14 different manufacturers.

As the only store in Greater Houston, there are four more stores in the Lone Star State (Austin, Dallas, Fort Worth, San Antonio).

Tohill, a native Chicagoan and Dicken, an Ohioan met in 2008 during Hurricane Ike.

Soon after they married, and well, the rest is history.

She decided to attend the University of Houston-Downtown and work in between at Nadeau. In 2016, she earned a bachelor’s of arts degree in history.

“UHD’s faculty is absolutely amazing,” Dicken said. “I enjoyed the level of scholarship in the history department. They provided individualized attention and encouraged me to present at conferences. They were fantastic. The level of education at UHD is indicative of a much larger university.

“It’s very cool…I was a beaver in high school followed by a peguin…and now, I’m a Gator.”

Tohill’s educational journey began at The University of New Mexico. But life’s changes deferred his collegial plans until 2008 when he earned a Bachelor’s of Science in Interdisciplinary Studies with a focus in political science and political economics history from UHD.

“I loved it [UHD],” he said. “The thing I most appreciated and enjoyed is that the classes were challenging and engaging, which I assumed wouldn’t be the case going from a flagship university to UHD. I was so surprised by the faculty’s relatability regarding their students…if you made the effort, they were there for you.”