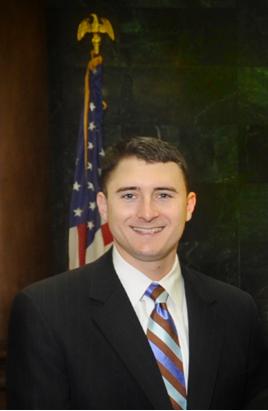 Henderson Jones is a unique alumnus with a dream - and UHD helped him pursue it.

Jones graduated Duke University in 2002 with a bachelor's degree in public policy studies and the University of Mississippi School of Law in 2005. He practiced law for seven years in Mississippi before deciding to pursue his real passion - medicine.

After researching fast-track post-baccalaureate programs for career changers just like him, Jones came to UHD in August 2012 in order to pursue a self-directed pre-med curriculum. He joined the Scholars Academy and soon became inspired by the people he encountered.

"When I came to UHD, I was extremely self-motivated by the opportunity to pursue a new career and to prove that I could learn and succeed in science," he said. "As I have become a member of the UHD community, my motivation has changed. I am now also inspired by the hard work and perseverance of other UHD students, many of whom overcome daily struggles to attend college but remain appreciative of the opportunity."

According to Jones, the university is reflective of the heart and soul of America. "There is no other community that I would rather be a part of to study science," he said.

Recently, Jones took another step in reaching his goal. He was accepted into the UT School of Medicine - San Antonio, part of the UT-Health Science Center. His dedication and hard work have paid off, but he remains grateful to the University that helped him reach this milestone.

"The coursework and pace of my post-baccalaureate curriculum was very challenging, but I received tremendous support and encouragement from the faculty and my classmates. Attending UHD was a great decision for me and I am looking forward to my future in medicine," he said.