One alumnus from UHD is using his undergraduate research experience to "brew" professional success. 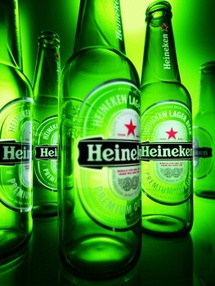 Antoine Ferguson graduated from UHD in 2010 with a degree in chemistry. During his time at the University, he enjoyed extensive research experience and opportunities, including studying oil shales and their impacts under Janusz Grebowicz, natural sciences professor, and researching carbon nanotubes under Mian Jiang, associate natural sciences professor. Ferguson was also a member of Scholars Academy and participated in a summer research trip to Poland.

Shortly after graduation, Ferguson was hired as a lab analyst for Heineken International, the third largest brewing company in the world.

"I knew finding employment would be a challenge only a couple of years removed from the financial crisis," Ferguson said. "But I knew that I had the necessary background to be competitive in the workforce. I sent my resume to prospective employers and quickly received positive responses."

Because of Ferguson's previous research experience, he was able to streamline analytical methods using his knowledge of the machines on the job. After observing his comfort level with the equipment, Ferguson was given a special project analyzing the impact of adding a new bottle type to the entire packaging line.

"The concepts I learned through my research experiences at UHD, such as hypothesis testing and structuring a research report, gave me the tools and confidence I needed to complete this assignment," he said.

Ferguson's project report was so well received by his superiors, he was promoted to the position of "brewer" within two years of being hired - becoming the youngest candidate selected at the company's Nassau, Bahamas plant location.

"I want to express my appreciate and support for UHD's undergraduate research opportunities," he said. "The student research program at UHD has been a wonderful asset to me and it has not only been instrumental in helping me launch my career, but also in propelling me forward along the corporate chain."