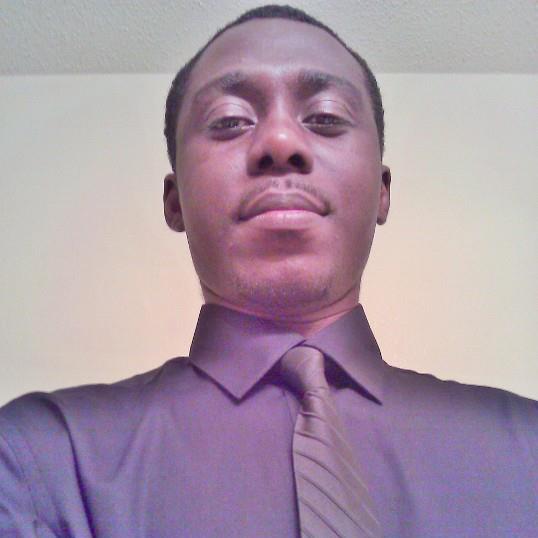 Not many people have heard of Burkina Faso, a land-locked country in western Africa. But Mohamed Diarra, a recent UHD alum, was born and raised in Burkina Faso before moving to Houston in 2006 at the age of 22.

He is from the capital city of Ouagadougou, which has a population of about 2.5 million. According to Diarra, many people in the city are very poor because of the political unrest that creates a poor economy. When violent rebels attacked the neighboring countries of Burkina Faso, coupled with the weak economy, Diarra's parents decided the country could not provide the future they hoped for their children.

Diarra was sent to Houston, where he had a cousin, to get an education. A native French speaker, he began taking English courses through Texas Southern University, although he already knew the basics - thanks to several classes in high school. After mastering the language, he earned an associate degree from Houston Community College and set his sights on a four-year college degree.

"My father was a pharmacist," Diarra said. "And there are many people in my family with high school degrees. But advanced degrees are scarce."

On the recommendation of friends and acquaintances at HCC, Diarra began considering and researching UHD. He was soon impressed with the quality of education, diversity and student organizations - so he applied. Diarra started out majoring in international business, but found it to be too broad. When he saw an advertisement on campus for the insurance and risk management (IRM) program, he knew the more focused aspect of the degree was exactly what he wanted. He also came to appreciate the College of Business' quality faculty members.

"The professors are very helpful, which I really liked," he said. "They knew me and were very approachable. It was like we were a big family."

Diarra also benefited from the internship and career development assistance the program gave him. He earned an internship as an analyst for AIG, whose executive vice president sits on the IRM Advisory Council. Diarra continues to work for the company after graduating with a bachelor's degree in May 2013.

"Working at AIG really made a difference to me, because I could put the information I learned in the classroom into perspective and understand how things work in the insurance industry," he said.

Diarra's ultimate goal is to take his education and work experience and return to Burkina Faso to open his own insurance company. He hopes that the political and economic unrest will come to an end so he can "pay it forward."

"I hope that the violence and political turmoil over leadership and government corruption in Burkina Faso will end and that I can help those in my native country to rebuild the economy and business environment," he said. "Perhaps the knowledge and experience I have gained through AIG, UHD and the IRM Center will provide the opportunity for me to make a meaningful contribution in insurance and financial risk management to the people and future generations of my native home."