The UHD women's volleyball club teams (white and blue) faced off with a team of alumni Monday, March 4, for a doubleheader match in the Student Life Center. The task for Team Old School was simple, win at least one set and get to at least 20 points in every set. The former UHD players started slowly in their first match falling behind to Team White, which won the match.

The second match paired Team Old School and UHD's Team Blue, a number of reinforcements had arrived for the alumni team. They lost the first set 25-17 but found a good rotation and won the next set 25-22 to shock Team Blue, which eventually won the match.

After the game, the alumni expressed their appreciation for being invited back and their enjoyment of playing against the current students. The alums received gift bags full of UHD goodies donated by the Department of Advancement and External Relations and Sports & Fitness.

The Old School versus New School games were the brainchild of Richard Sebastiani, director of Sports & Fitness, who hopes to make this an annual tradition and to eventually raise funds for student scholarships through these events. Sebastiani believes these are excellent opportunities to keep alumni connected to their alma mater and a great and fun way to recognize the former "legends" of UHD club sports. 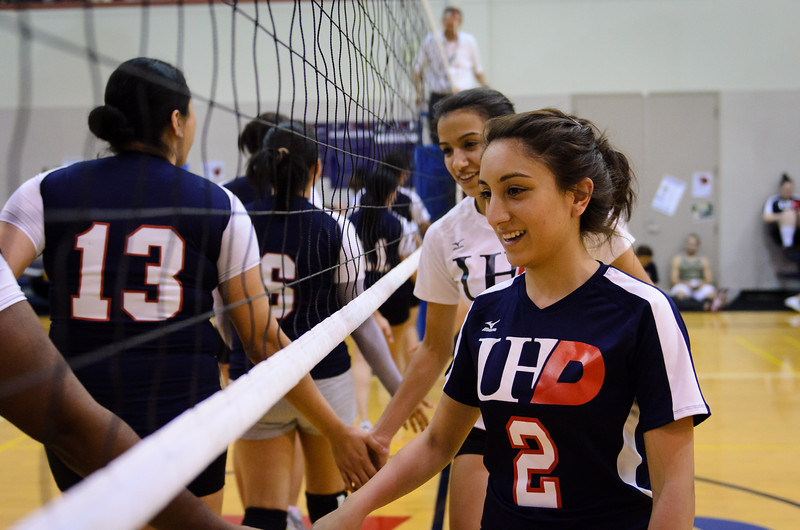 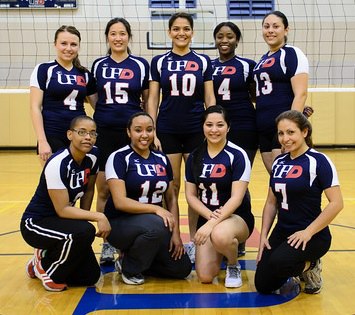 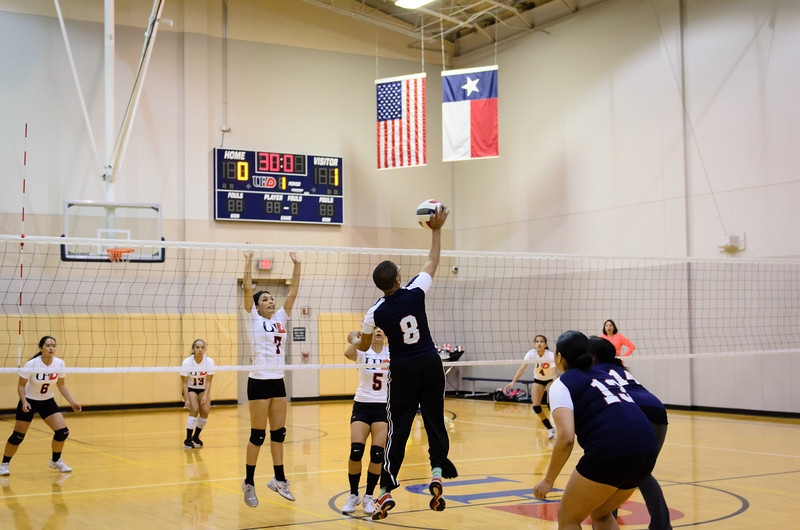 The alumni team's Nicole Fatheree on the attack.