2013 marks the 50th anniversary of The Equal Pay Act of 1963 - a federal law aimed at abolishing wage discrepancies based on gender - and one UHD alumna has helped commemorate the occasion in a big way.

Laquitta Martell-DeMerchant recently won a grand prize and the Women Innovation Award in the Equal Pay App Challenge, a tech competition sponsored by the Department of Labor and the Equal Pay Task force that asked participants to build innovative tools for educating the public about the gender pay gap and promoting equal pay for women.

"I read about the competition in the Huffington Post. I was inspired by what White House Senior Advisor Valerie Jarrett said in the article and knew I wanted to do this," she said. "Women everywhere should know about this issue and speak up for themselves professionally."

With only seven weeks until the entry was due, DeMerchant and her husband got to work developing their app, Aequitas. Described as "a mobile personal career management solution that empowers users with current wage data, and interview, resume and negotiation tools," the app is the first release from DeMerchant's tech company, Fuzion Apps, Inc.

DeMerchant, who graduated from UHD in 1997 with a bachelor's degree in computer information systems, competed with teams from Carnegie Mellon University, the Massachusetts Institute of Technology and other tech companies.

The grand prize awarded DeMerchant a scholarship to attend an eight-week digital product innovation and entrepreneurship program hosted by General Assembly, while the Women Innovative Award will provide DeMerchant's Fuzion business plan with industry expert assessment and advice. But the best prize of all, according to DeMerchant, was the ability to meet President Obama at the White House.

"Thanks to the Open Data Executive Order President Obama signed into law in 2009, Fuzion Apps was able to build and keep Aequitas up to date with current wage data from the U. S. Department of Labor. As a result, I was invited to attend the Equal Pay Act anniversary celebration at the White House - and even got a 'shout-out' by President Obama," she said. "It was wonderful to meet him and Valerie Jarrett."

President Obama praised the innovation of the Challenge participants, naming DeMerchant and another developer specifically, for providing women with the tools necessary to successfully navigate salary negotiations, job interviews and career paths.

And DeMerchant has only wonderful things to say about her alma mater, which, according to her, helped her get where she is today.

"I loved UHD," she said. "I've had a 16-year career in IT and it was built on my experience at UHD. I still use the skills that I learned in my UHD classes to this day. My time there was a great springboard for me."

Look for Aequitas, and future apps from Fuzion, online! 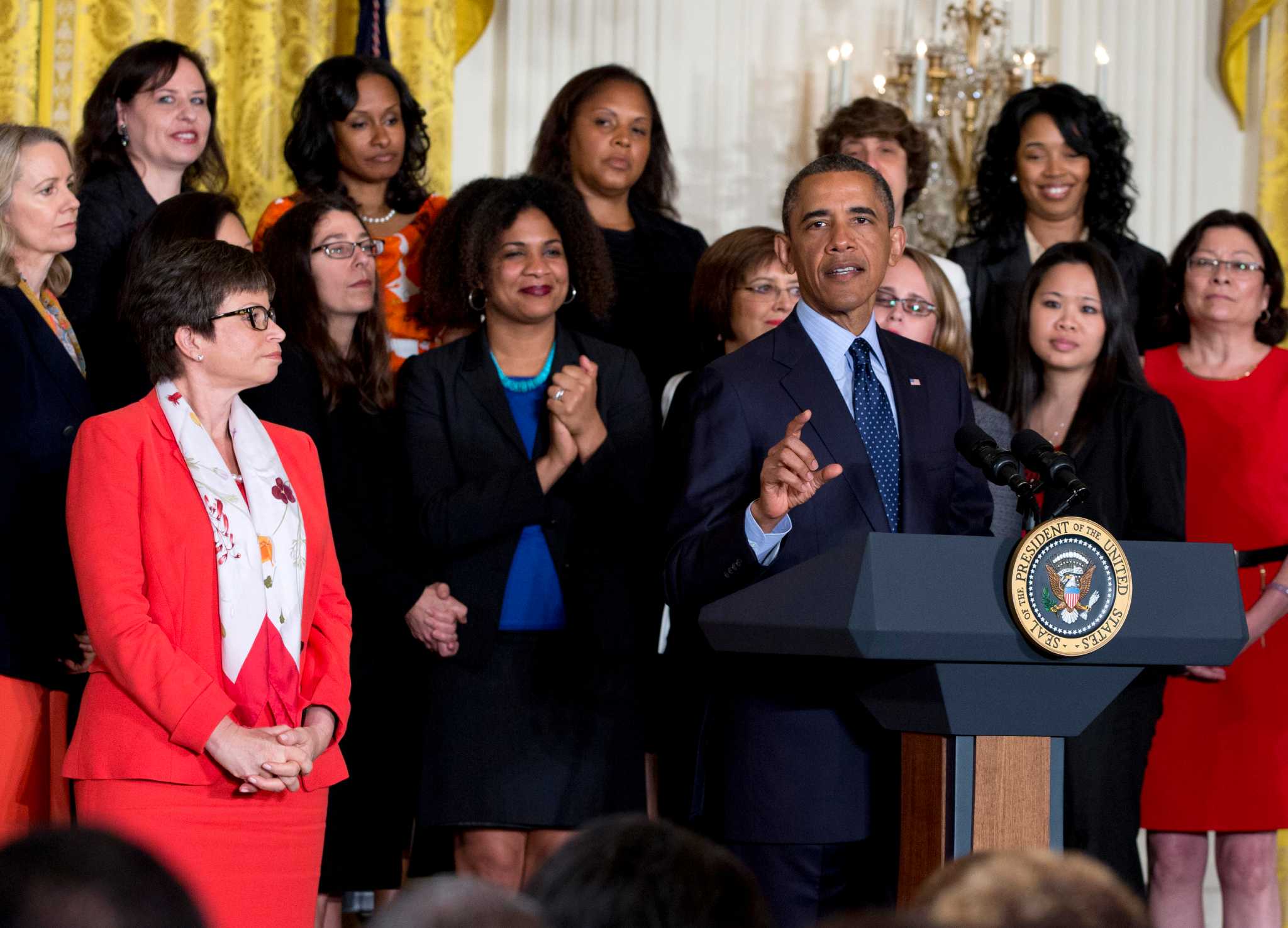 White House senior adviser Valerie Jarrett, left, and others, listens as President Barack Obama speaks in the East Room of the White House in Washington, Monday, June 10, 2013, during a ceremony to commemorate the 50th anniversary of the Equal Pay Act. Obama highlighted the gap in pay that still exists between men and women. (AP Photo/Carolyn Kaster) DeMerchant is pictured in the back right. 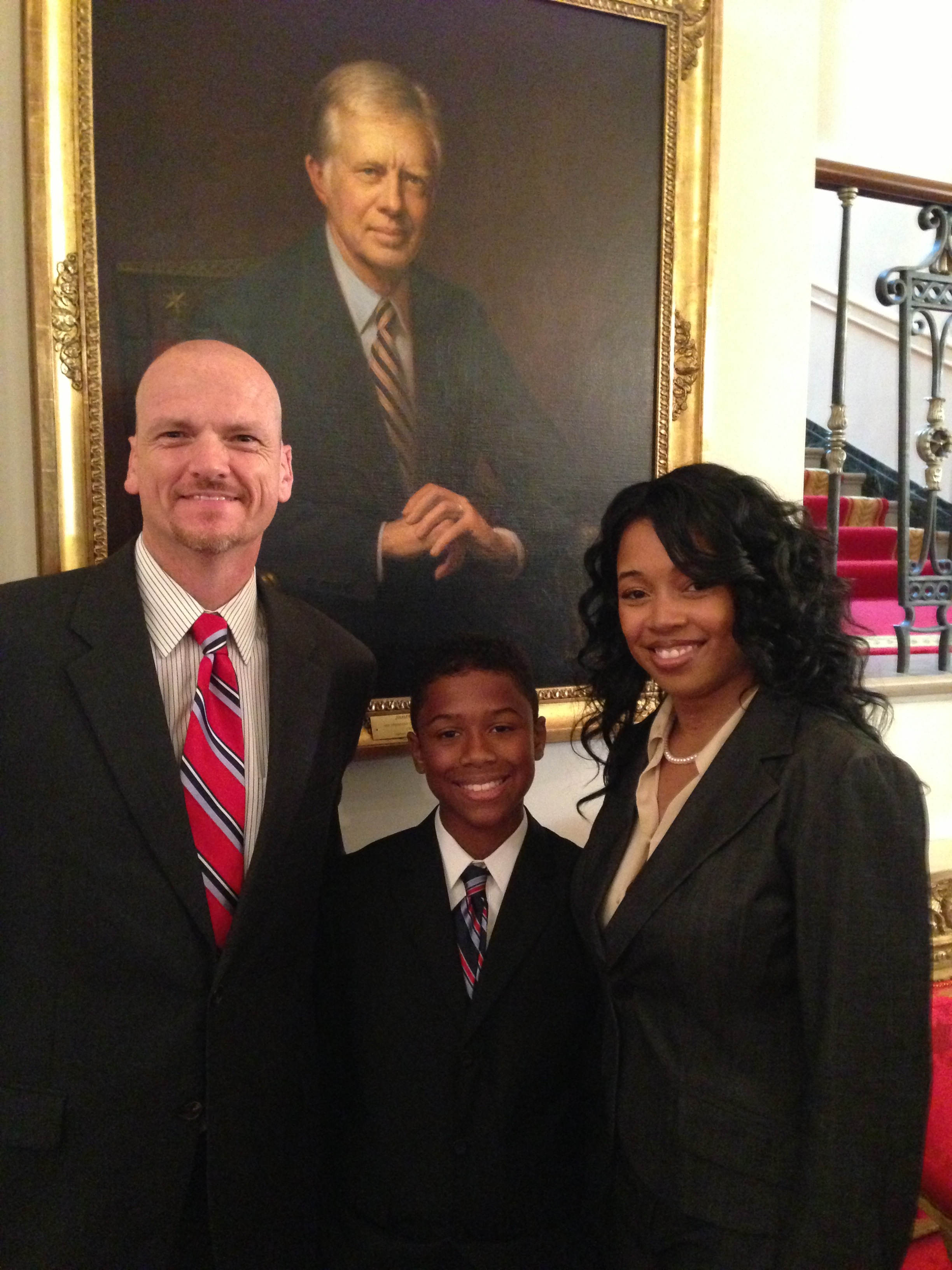 The DeMerchant family at the White House.