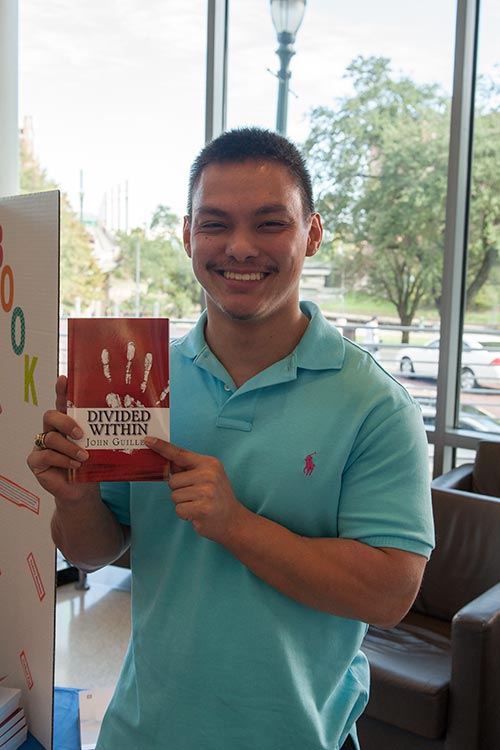 Guillen holding a copy of "Divided Within," his new crime novel.

UHD alum John Guillen has turned his dreams of becoming a crime novelist into a reality. Guillen, who graduated in May 2013 with a criminal justice degree, recently released his first book, "Divided Within."

"Houston area private eye Andrew Banks is hired by sixteen-year-old Mercedes Vega to determine what's dividing her parents. As soon as he meets the rest of the Vega family he realizes that the situation is only one step away from becoming dire. He puts the safety of the family over everything else until the case hits much too close to home and it becomes a race against a wealthy restaurant owner that ultimately turns deadly." - Amazon.com

"John has had this dream for a very long time. It is exciting to see our students follow through and make 'dreaming big' after graduation a reality," said Judith Harris, criminal justice instructor.

According to Guillen, he knew from an early age that he wanted to become a writer. His time at the UHD criminal justice department helped him hone his skills and knowledge and he is now living his dream. A few short months after releasing his first book and Guillen is already hard at work on his second Andrew Banks crime novel.