Spencer Lightsy, director of International Programs, traveled to Washington, D.C. last month to participate in the NAFSA: Association of International Educators Advocacy Day. While there, attendees were able to share information with their members of Congress about the impact of international education on their campus and local community, and explore the fundamentals of advocacy.

Lightsy was asked by NAFSA Region III, which encompasses Texas, Arkansas, Louisiana and Oklahoma, to submit blogs, pictures and updates to the organization from Advocacy Day. Below is a blog post Lightsy penned while in Washington, D.C.

Armed with statistics, stories, and research findings, I arrived in Washington, D.C. for NAFSA Advocacy Day prepared to storm Capitol Hill on behalf of study abroad. Unfortunately, about 15 minutes into the advocate newcomers briefing, I realized how useless much of what I brought would be!

I have been working in the field of international education for several years, specifically, in the area of study abroad. During that time, I have been an active participant in NAFSA events. At the Region III/VII bi-regional conference, I was informed about the opportunity to participate in NAFSA Advocacy Day. My first thought was to pass on Advocacy Day since I had never participated in anything similar. However, when I received an e-mail reminder stating that NAFSA members could apply for travel grants, and that training for first time advocates would be provided, I decided to give advocacy a try.

As mentioned earlier, statistics and research findings are important, but the meetings with members of Congress are not formal presentations, but rather, conversations. The day before going to Capitol Hill we were taught in a newcomers meeting how to have meaningful conversations with the Senators, Representatives and congressional staff members. Not only was the training informative, but it also allowed me to see that I was not the only first time advocate who would be participating in advocacy day.

After the newcomers meeting I attended the general briefing. During that meeting it was again stressed that the key to successful advocacy was not in sharing statistics, but in telling stories. Statistics can be easy to forget, but effective stories stir up emotion, have a clear meaning, and are easy to remember. For the rest of the afternoon we worked in groups, divided by our corresponding states. Our group worked together to develop a plan on how we would work as a team to present our stories as they related to study abroad, immigration reform and global competency.

The following morning our team took the Metro to Capitol Hill where we had meetings with the staff members from the offices of two Senators, and four Representatives. During the meetings I shared stories from my undergraduate study abroad experience which was led by Dr. Ross M. Lence, as well as some of the study abroad stories and challenges of our current UH-Downtown students.

When the congressional meetings were concluded, each team returned to meet as a large group for an overall debriefing. For the most part, the reports from the teams were very encouraging.

Serving as an advocate was an empowering experience. If you have never participated as a NAFSA advocate, I highly recommend that you do so when given the opportunity. With the current lack of bipartisanship on display in Congress it is easy to become cynical with the political process. However, by serving as an advocate, it at least engages you in the process by letting your voice be heard. And more importantly, serving as a NAFSA advocate allows you to be a voice for those who often times, have no voice in the political process. 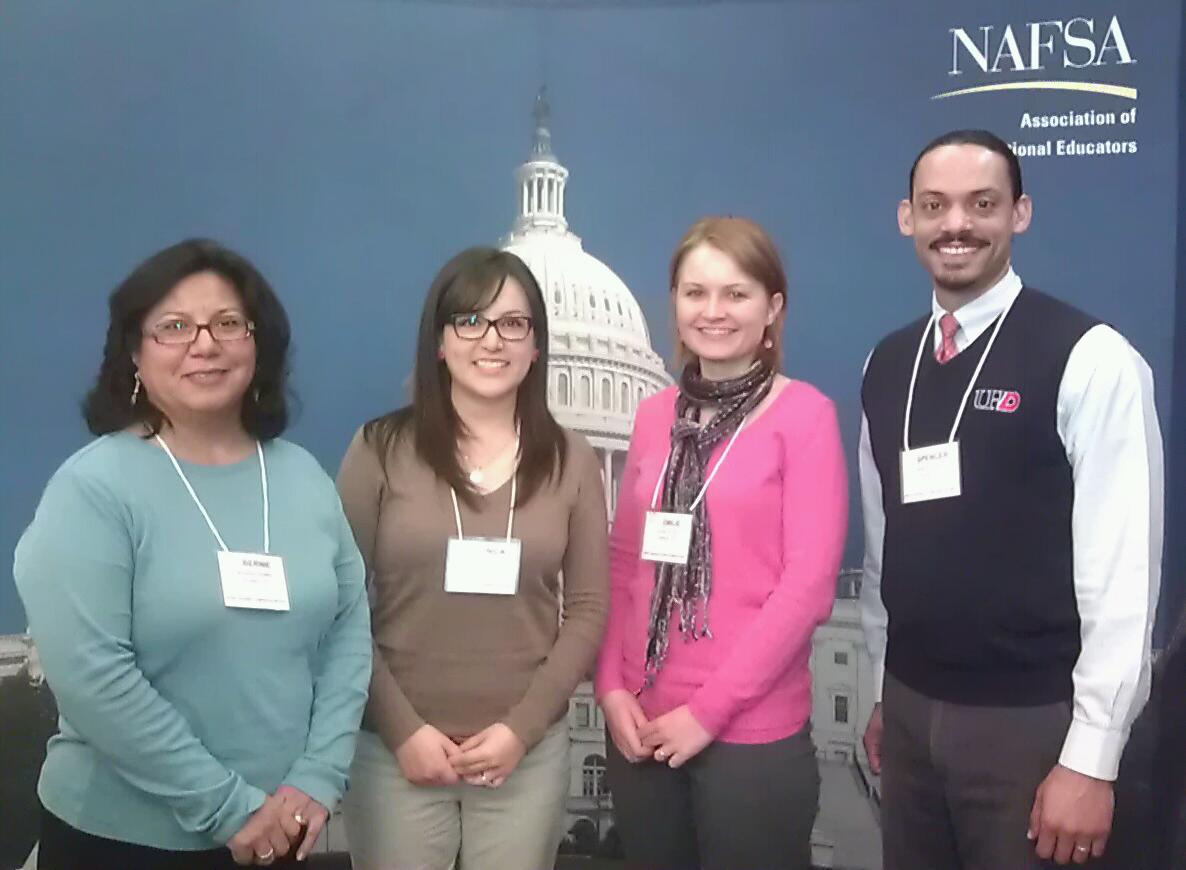 Lightsy with other members of NAFSA during Advocacy Day. 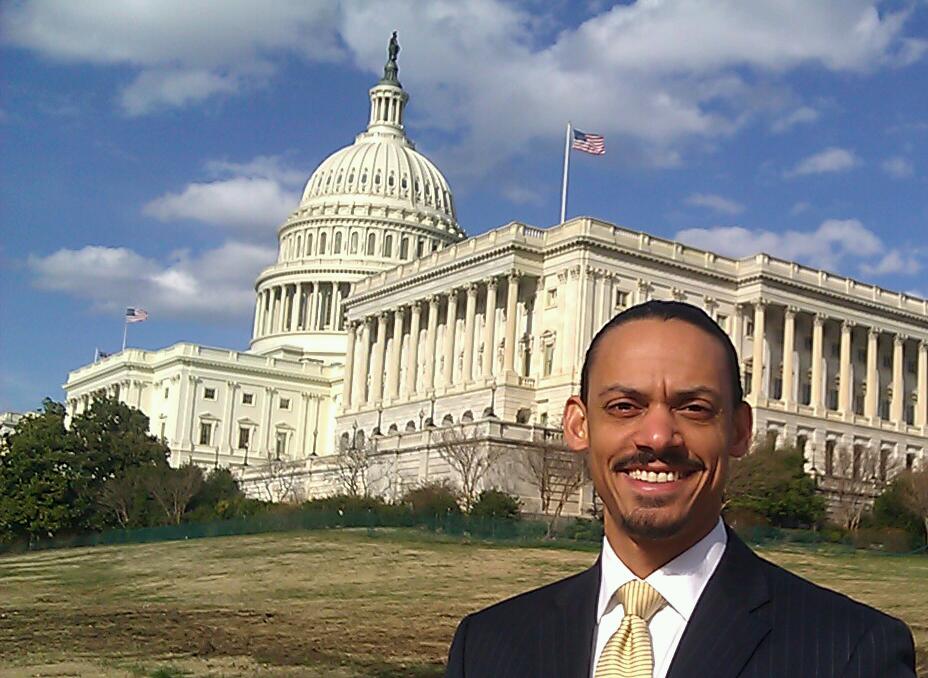