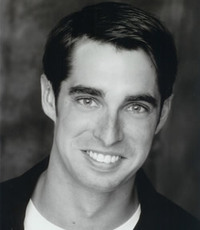 This list comprises "the many creative movers and shakers of Houston, from fashion designers to street artists to dancers and members of the art community, both underground and mainstream. No order, no ranking."

An excerpt of the Houston Press article is below. Read the entire story here.

J.J. Johnston has come a long way since he first saw his best friend in Joseph and the Amazing Technicolor Dreamcoat in the seventh grade. Nothing like that would appeal to him now, but back then, Johnston thought it was incredible. Twenty years later, he remains in the art world, but instead is focused on his position as founder and Executive Artistic Director at the Classical Theatre Company. CTC is currently in its fourth season and, being the only theater company that produces year-round classical drama, is getting ready for some even bigger changes under the leadership of Johnston.

As a professor of Arts Administration at the University of Houston - Downtown, Johnston also has a passion for teaching, especially at the collegiate level, and believes that since there aren't many opportunities that teach fine arts management, it's an area that can be further developed

"I think it's important to teach, I think theater should teach. I think whether it's a Neil Simon play or a piece of Shakespeare, an audience member should walk out of the theater being changed somehow, informed, enlightened, taught something, something about themselves if nothing else."