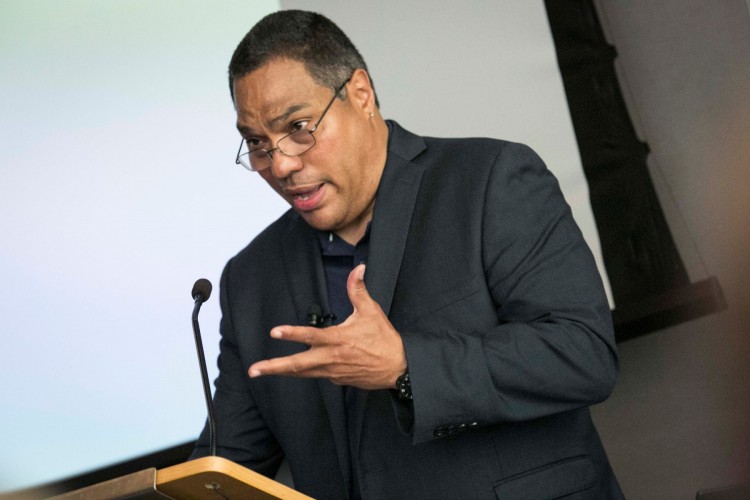 Since its inception, the University of Houston-Downtown’s (UHD) Center for Critical Race Studies (CCRS) has invited some of the leading voices on race, identity and culture to campus. This year, the Center continues this tradition by hosting noted sociologist and activist Dr. Eduardo Bonilla-Silva as 2019 Scholar in Residence.

Bonilla-Silva is a professor of sociology at Duke University and president of the American Sociological Association. He will visit UHD Jan. 29 – 31 for a series of lectures and discussions with the campus community.

Bonilla-Silva’s journey as a scholar began at the University of Puerto Rico. His initial academic activities were focused on political strife in his native Puerto Rico. After arriving in the United States, he became further engaged with topics related to race. Being both Latino and black, he began to explore his own identity and how it resonated with academic peers and others in the U.S.

Bonilla-Silva is author of the book “Racism Without Racists: Colorblind Racism and the Persistence of Racial Inequality in the United States." He also has written a number of journal articles including “What We Were, What We Are, and What We Should Be: The Racial Problem of American Sociology,” “The New Racism: The Racial Regime of Post-Civil Rights America,” and “The Invisible Weight of Whiteness: The Racial Grammar of Everyday Life in Contemporary America.”

“Dr. Bonilla-Silva has written some of the most important texts in critical race theory and plays a central in interrogating the concept of colorblindness in U.S. culture, institutions and policy,” said Dr. Vida Robertson, director of UHD’s Center for Critical Race Studies. “Hosting this renowned scholar offers UHD an extraordinary opportunity to promote the intersection of critical theory, institutional awareness and advocacy, the social sciences and the humanities.”

A complete schedule of Bonilla-Silva’s activities at UHD is as follows: