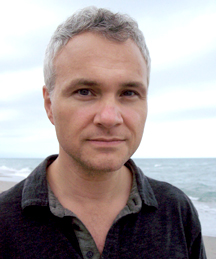 The Cultural Enrichment Center and the Department of English are pleased to bring acclaimed American poet Joshua Mehigan to campus for a reading at 5:30 p.m. Oct. 24 in the Auditorium.

Mehigan's first book, The Optimist (Ohio University Press, 2004) was one of five finalists for the 2005 Los Angeles Times Book Prize .Mehigan's poems have appeared in Poetry Magazine, The New York Times, Parnassus: Poetry in Review and other similar periodicals. His poems have also been featured on Poetry Daily and The Writer's Almanac.

Critics have praised Mehigan's verse for its directness, moral complexity, and mastery of meter, rhythm, and rhyme.

He earned a bachelor's degree from Purchase College and a Master of Fine Arts degree in Creative Writing from Sarah Lawrence University.

Don't miss the opportunity to be inspired!