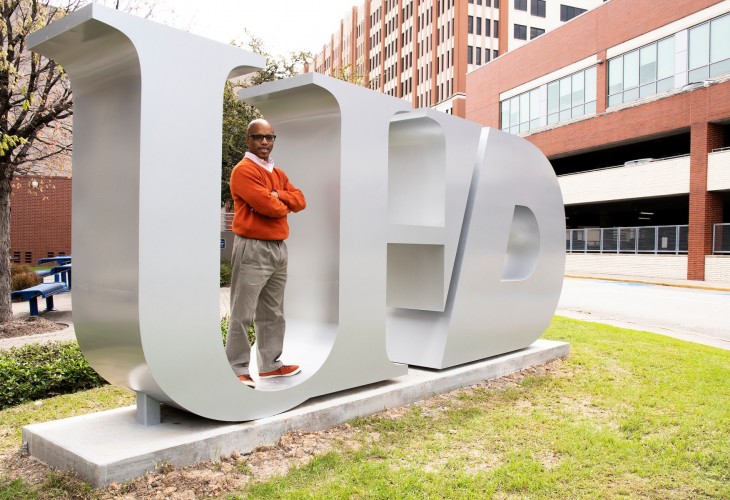 For University of Houston-Downtown (UHD) student Jason Lillie, Gator Grit runs in the family. With two cousins currently enrolled, an uncle who is an alumnus and a UHD retiree in the family, it’s no wonder why Lillie made the choice to return to school in 2017.

“University of Houston-Downtown has been a part of our family for a long time,” said Lillie, a junior in UHD's Marilyn Davies College of Business (MDCOB) and vice president-elect for the Student Government Association. “I already knew the value of getting an education at this institution and the choice was obvious for me.”

Getting to that point, however, was much more difficult.

Lillie, who was born and raised in Houston, attended school in Alief Independent School District and graduated in 1994 from Alief-Elsik High School. He began his post-secondary education at The University of Texas at Austin to study marketing thanks to a scholarship from Southwestern Bell.

After a year, Lillie made the decision to leave school and work full-time, holding jobs at at Southwestern Bell and the Internal Revenue Service.

In 1998 Lillie’s Cleaning Services was formed, a family business that changed his life in so many ways.

For one, he was finally given the chance to realize his dream of being an entrepreneur. The business offered Lillie valuable lessons about what it takes to start and successfully run a business.

Secondly, the years of physical labor required for the business eventually caused Lillie to suffer from debilitating back pain, which ultimately required surgery.

“After having surgery and not being able to move around on my own after having worked most of my life was not easy,” remarked Lillie. “Laying on my back for months at a time caused me to go into deep depression.”

Lillie remembers feeling hopeless. The cultural constraints placed on him as a young man made him feel unable to reach out for a long time.

“In my culture, a man doesn’t ask for help. A man doesn’t cry in front of people,” said Lillie. “But during my struggle, I found out that I could do both. That’s when I made the choice to go back to school. It was the best thing that I could have done for myself.”

At that point, the only thing left to do was decide where and what to study.

Besides the convenience and affordability of getting an education at UHD, Lillie also valued the smaller classes and diversity. These points of pride for UHD are what cemented his decision.

For Lillie, choosing a major was just as easy with the help of a MDCOB advisor.

“I initially wanted to pursue a degree in computer science, but I would have to start all over,” said Lillie. “That’s when my advisor opened my eyes to Management Information Systems, which is the backbone of every company in the United States. Every company has data and it has to be managed.”

Lillie sees his time at UHD as somewhat of a second chance and he’s making sure it's time well spent. Presently, he holds officer positions in the Council of Organizations, Council of Finance and the Student Government Association, and is a dynamic activist on campus. 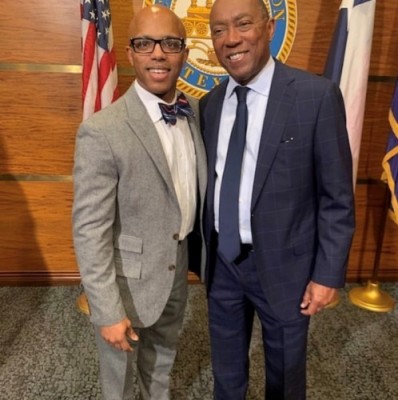 The business major will graduate in 2020 and sees himself furthering his education and possibly building a career in politics in the future.

“My real work is being in the community helping people," said Lillie. "Since I was a little kid, I've watched Mayor Sylvester Turner. He presides over the fourth largest city in America, and he has not left or forsaken his hometown. I admire and try to emulate his passion that he has for his community.”