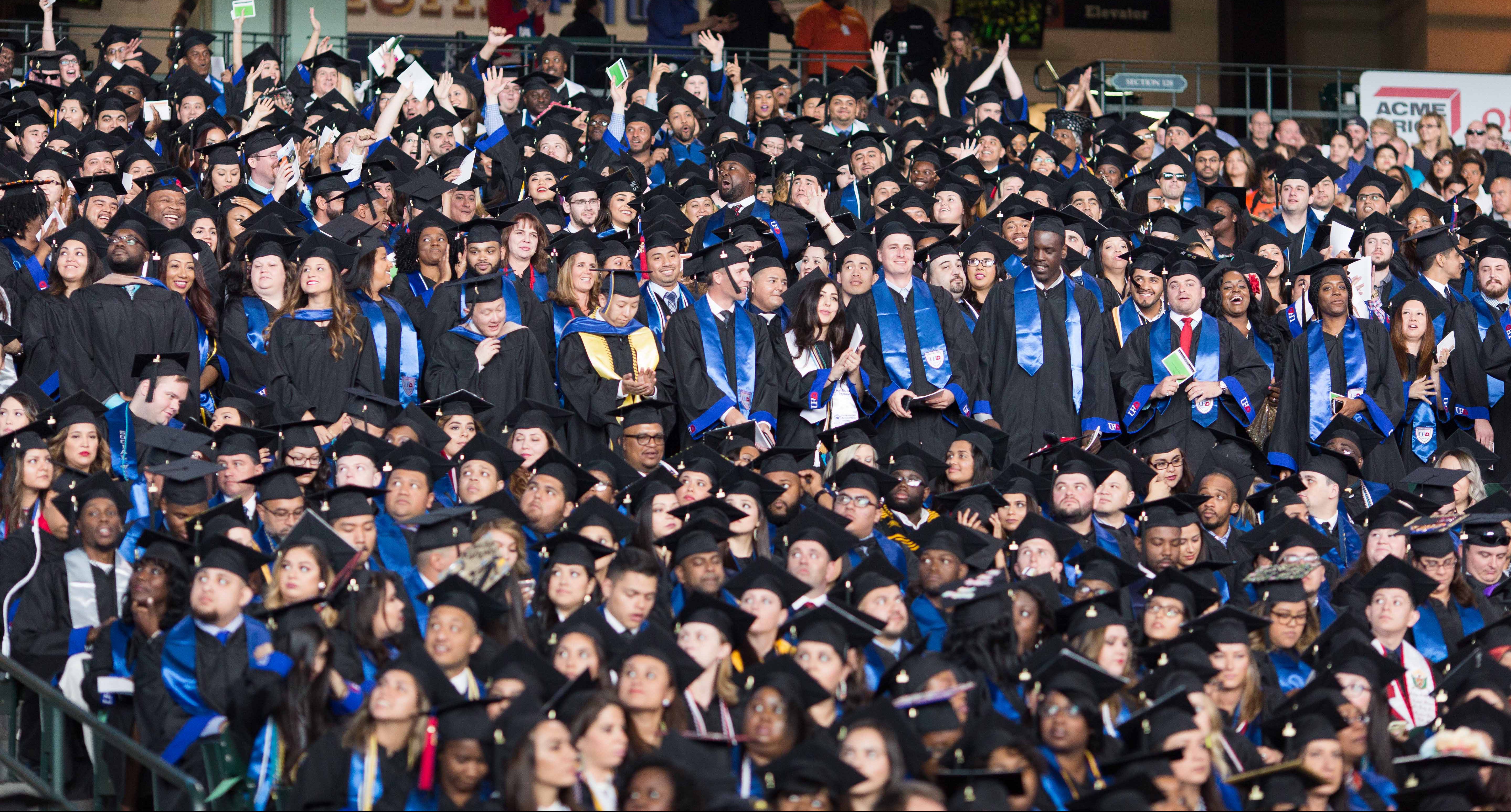 A Bittersweet Victory for the UHD Community

If anyone in our University of Houston-Downtown (UHD) community ever needs a pick-me-up or an affirmation of why we choose to be here, look no further than our commencement, attended by approximately 16,000 UHD friends, family and supporters. I have attended more commencements over the years than I can remember. Before this past weekend, the highlight had been robing for a UH Law Center graduation with former Texas Governor John Connally. He discovered from a colleague that I was an amateur JFK assassination buff, so he showed me the shrapnel scars on his wrist. I was a rapt listener that morning in Hofheinz Pavilion many years ago as Connally gave his remarks, but even that nerdy and grassy knoll memory was edged out by the May 15, 2016 event, where 1,241 graduates were awarded their degrees—by my proclamation at the conclusion, where I stood and decreed all that is good about UHD.

One by one, I asked graduates with one or another trait or experience to rise to their feet, and to remain standing. First, I asked those who were first-generation college students to stand, followed by veterans, and concluding with those who had worked while in school. By this time, people were cheering and whistling. It was a mindboggling display to see how virtually everyone was standing by the end. Finally, I asked them again to stand—students and families—if they were born outside the United States. While it was hard to discern, it appeared that at least one in three were on their feet. Minute Maid Park seemed like the most important location in the world, illustrating the more than two dozen countries and even more languages represented. Watching the graduates (1,061 of the total 1,241 graduates actually participated in the ceremony) walk across the stage with their heels, natty dreads, bejeweled and electrified caps, dancing struts, and shining faces, was to recognize the diversity that is Houston, and to realize how closely UHD uniquely mirrors our city. These were extraordinary memories I will always have of our community on this day when even the weather cooperated while other UHS commencements were rained out, relocated indoors, or rained upon. We even had two graduates who were about to give birth, and another who had just done so, producing a legacy UHD grad, Class of 2034.

As I have noted elsewhere, we also experienced a tragedy, when I discovered and shared the news that our colleague Mario Valero's daughter was killed by a drunk driver while traveling home from her senior prom the night before commencement. A mere five weeks earlier, one of Mario's sons was shot and killed in another senseless act. As I write this on the evening of Monday, May 16, over 350 people have already contributed to the family's account. For those who wish to contribute, please visit GoFundMe.

As tragic and as inexplicable as these two deaths are, the profound grief we feel cannot cancel the joy and triumph that signify Spring 2016 Commencement. Minute Maid Park was filled by what simply has to be Guinness-record breaking family attendance per-graduate at college commencements.

As I have suggested, when you hit a hard patch—as we all will occasionally—bookmark this picture and refresh yourself, knowing that we all had a good day, representing and capturing many hard and fulfilling days.