When you first meet Kayla, you quickly learn that she has goals … and there’s no stopping her from achieving them.

Recently, Mazariego was named a 2022-2023 Newman Civic Fellow by the Boston-based non-profit Campus Compact, which works to advance the public purposes of higher education. For this year’s cohort, the organization selected 173 student civic leaders from 38 states, Washington, D.C., and Mexico.

In her essay to Campus Compact, Mazariego said, “As a child, I was always told to mind my tongue and behave like a lady in certain instances; my voice has always been my most powerful tool, and I use it to address issues of injustice and inequality.”

Her story rings true for a number of UHD students who strive to make a difference in the lives of their families and communities. Mazariego experienced firsthand the gangs, domestic violence, and drug use within her community. In response, she created a social media platform to address these issues as well as political polarization and inequality.

The third-year, first-generation student continues to use her voice in her community and alongside her peers at UHD to address issues such as social inequalities and voting rights. As a member of the University’s Honors Program, she worked on an honors research project with UHD’s Dr. Judith Harris on how to lower the recidivism rate at halfway houses, which she presented at this year’s UHD Student Research Conference.

Mazariego and her family settled in Houston by way of California’s San Fernando Valley and Atlanta, Georgia. She graduated from Houston’s Davis High School, and her next stop was UHD. 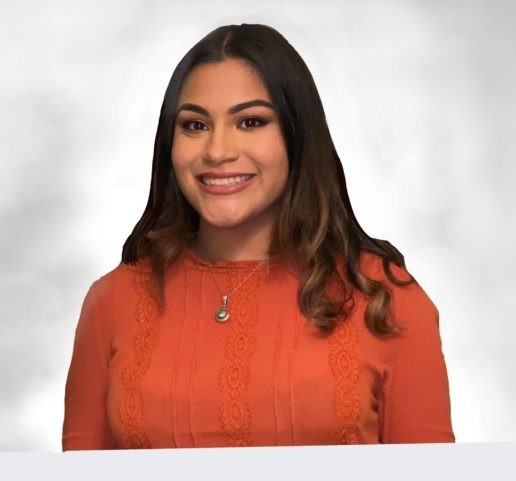 “I knew I wanted a strong Criminal Justice program, and it was between Sam Houston State and UHD,” said the Criminal Justice major (with a minor in Political Science). “When I learned about UHD’s tuition, and it was closer to home … I thought this is amazing! It was the right choice … I love our CJ program.”

Her mentor Harris had only a few words to describe her mentee, “She’s absolutely brilliant,” said the Associate Professor of Criminal Justice.

Mazariego’s community activism began with volunteering at homeless shelters. “I know what’s it’s like to be homeless and I want to give back to the community that has so graciously helped me in my time of need,” said the 20-year-old. “As a college student, I enjoy educating my peers on civic matters, and why it’s so important to exercise our constitutional right to vote and to attend protests that promote human rights and equality such as Black Lives Matter and women’s rights.”

After graduation, she plans to set her childhood dreams into motion. “As soon as I get my bachelor’s, I’m coming right back for my master’s degree,” she said smiling. Post-college, her first stop is the FBI. “I was never able to help myself as a child and now I want the opportunity to help others who can’t help themselves, especially those affected by sex trafficking. I want to make a difference.”

The best part of UHD? “I’m surrounded by like-minded people who want to do something with their lives.” Being a UHD representative as a Newman Fellow? “It feels absolutely amazing, especially as the first Criminal Justice major to be nominated and named. My life has afforded me a lot of firsts … first daughter, first granddaughter, and first female to be born in my family. I know where I belong and that I was meant for something much more than to just merely exist.”

“Kayla is a passionate and exceptional leader with a strong voice who enthusiastically speaks about her future short- and long-term goals,” said UHD President Loren J. Blanchard in his recommendation letter for Mazariego. “She inspires those around her with her energy and constant drive for success. Regardless of her upbringing, Kayla is not afraid to take on challenges and make a difference in the world.”

The Newman Civic Fellowship, named for Campus Compact co-founder Frank Newman, recognizes and supports community-committed students who are changemakers and public problem-solvers at Campus Compact member institutions. Fellows are nominated by the president or chancellor based on their potential for public leadership. The yearlong program provides the cohort of Fellows training and resources that nurture their assets and passions and develops strategies for social change.