A Farewell to Professor Adolfo Santos 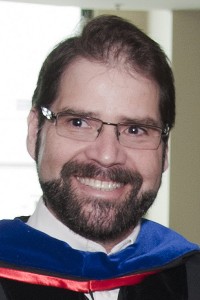 Adolfo Santos, special assistant to the president and chief liaison officer, is leaving UHD after many years of dedicated service.

He has accepted a position as dean of the School of Liberal Arts at Georgia Gwinnett College (GGC) in Lawrenceville, Georgia. As a relatively new institution, Santos is excited for the many new opportunities for growth, creativity and leadership at GGC.

Santos has been connected to UHD since 1987, first as a student, and later as a political science professor and chair of the Department of Social Sciences. He also championed the creation of and worked diligently on UHD's new Master of Arts in Non-Profit Management degree.

"Dr. Santos has been with UHD for many years and has been instrumental in many aspects of the University's growth and success. Specifically, he has helped the University with plans to improve six-year graduation rates and established the master's degree in non-profit management. We will miss his leadership and expertise, but we wish him the very best going forward," said UHD President Bill Flores.

A Farewell to Professor Adolfo Santos