A Farewell to Associate Dean Aven 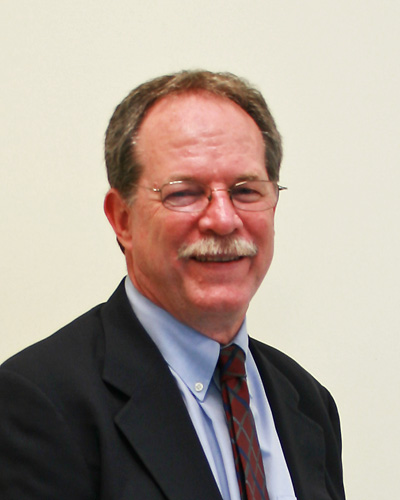 Forrest Aven, associate dean of the College of Business, is leaving UHD after 23 years of dedicated service.

A reception honoring his time at the University will be held from 3-5 p.m. Thursday, April 18, in B340, Shea Street Building.

Aven has accepted the Dean's position at the H-E-B School of Business Administration at the University of the Incarnate Word in San Antonio, Texas. He will begin his new position on June 17, 2013.

Aven received his doctoral degree in management from the University of Colorado and was an assistant professor at Caliornia State Polytechnic University for several years before coming to UHD.

As associate dean since 2009, Aven supported the launch of the MBA program and adoption of university admission standards, grew and developed continuing education programs and more. He was appointed interim dean for the COB in August 2012. In this role, he was responsible for creating and implementing a student enrollment growth plan that resulted in a 7 percent growth, and implemented task forces to address online learning issues and improve student/faculty interactions.

He received the Interactive Television Instructor of the Year Award in 2002 and was nominated for the UHD Excellence in Teaching Award in 1995.

"During his long tenure at UHD, Dr. Aven has been instrumental in many of the most important changes in the College of Business, including raising admission standards and starting the Petroleum Land Management Program and the MBA program. In all his efforts, he has managed by a style he calls more 'legislative' than 'executive.' His dedication and leadership will be greatly missed, but we wish him the best in his future endeavors," said Interim Provost and Senior Vice President Ed Hugetz.

A Farewell to Associate Dean Aven