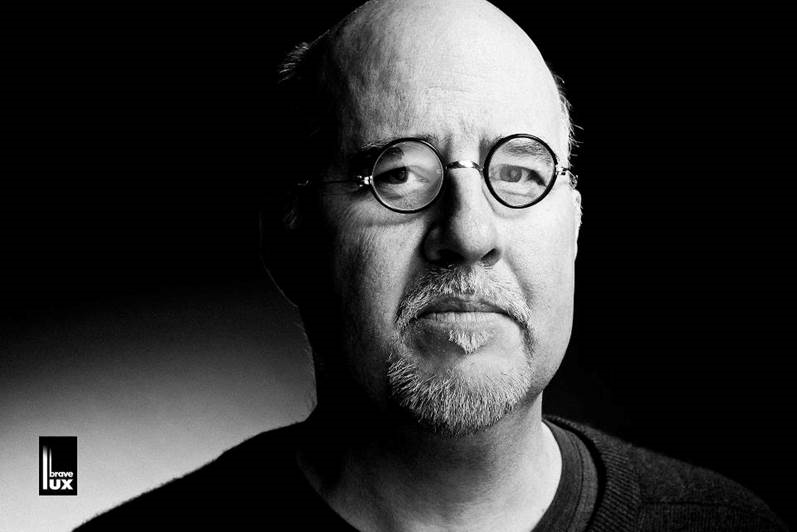 Years ago, Tim Klein auditioned for an ensemble in Chicago for a play by Greg Allen.

The Director of the O'Kane Theatre didn't get the part.

"I don't remember him auditioning, but I'm sure he was great," said Allen.

Eventually Klein starred in a play that Allen wrote specifically with him in mind.

And, the rest is history.

Allen is here at UHD to direct his original play, "Too Much Light Makes the Baby Go Blind: 30 Plays in 60 Minutes," which will premiere as the first production of O'Kane's spring performance season.

Allen grew up in the northern suburbs of Chicago and lived a sheltered life…that is until college. He attended Oberlin College and signed up for acting class as a way to meet girls.

"I was very turned on by the whole idea of approaching the world from a physical sensibility," said Allen. "Acting really connected me to thinking and acting with my body, which inspired me as a performer."

Realizing that you can't make a living working in theater, he ventured to Boston to work a myriad of odd jobs.

One in particular was at the Boston Public Library where he was hired to empty an three-floor armory containing thousands of donated books to be recycled into toilet paper.

"I calculated that I removed 80 tons of books during one summer in Boston," Allen said.

But the stage kept calling.

A Star Is Born

After a 14-week stint as a director at the National Theater Institute at the Eugene O'Neill Theater Center in Waterford, Conn., he returned home to a burgeoning storefront theater scene in Chicago.

Wearing many different hats—from prop maker to dresser to intern to assistant director for various big theaters in the city—he finally got his big break to create his own show.

"I wanted to explore this aesthetic that I had been developing with a series of brief short plays inspired by Italian Futurism that I studied at Oberlin," Allen said.

"Too Much Light Makes the Baby Go Blind: 30 Plays in 60 Minutes" was born.

"After rehearsal, I realized that we could do about 30 of these in an hour," he noted. "So, I ran with the idea of mounting an ever-changing attempt to perform 30 plays in 60 minutes."

At the age of 26, Allen opened the play on December 2, 1988 at Stage Left Theater where it was only performed on Friday and Saturday nights at 11:15 p.m.— the first late night production in Chicago.

"I wanted to create a very alternate experience at the time for young people, like me, who were looking for something to do in the middle of the night," Allen said. "Why not theater?"

With a group friends and performers, Allen instilled in the performance what he believed theater should be—Neo-Futurism.

"I pulled together various elements of surrealism, dada and much more to form my aesthetic of Neo-Futurism, which is the idea that theater by its very nature is by being in the right here and now with the actual people who are present in the room," said Allen. "The idea of audience-interaction and truth-telling came to be the heart and soul of Neo-Futurism. "Everything we do on stage is actual. The actors' use their own names and speak from their own personal lives and truths. We create actual interactive events with the audience through contemporary issues—social, political, dreams—a reflection of our actual lives. And, we see what happens. It's not this suspension of disbelief of another place, character or another story written by dead white people. We respond to current events…a living newspaper that is constantly changing with the times."

Allen's play was the longest running show in Chicago history, running for 28 years, and has expanded to multiple countries and continents that include Detroit, New York, Montreal, San Francisco, and London. Last year there were 94 productions worldwide—Tanzania, Ireland, Germany, China to Australia, Japan, Canada, Qatar, and United Arab Emirates.

"It's pretty crazy and really amazing," said Allen smiling. "It's fun to know that wherever I am in the country, there's a production of my show somewhere nearby."

His least favorite aspect of theater?

"Performing. I don't like the anxiety of it," Allen said. "Adapting is my favorite aspect of theater. I like the opportunity to be handed something and asked to adapt it in my own way. I also immensely enjoy teaching, which is a large part of my career like coming to UHD and working with an amazing group of talented people to introduce them to this very alternative sense of performing and seeing them get excited about it."

Allen, who earned a Bachelor's of Arts degree in English and theater, teaches at the University of Chicago, DePaul University, the National Theater Institute at the Eugene O'Neill Center, and in residencies around the world. In 2015, Allen authored the book, "Too Much Light Makes the Baby Go Blind (30 Plays in 60 Minutes): 90 Plays from the First 25 Years," featuring plays into which performers can inject their own realities, names, and facts.

The timeliness of Allen's production coming to the UHD stage is serendipitous.

"We are really lucky to have Greg and this production," said Klein. "After Harvey, the theater pretty much lost everything. It's perfect timing since the play doesn't need a set or costumes and minimal props."

Allen added, "We just need people, a clothesline and 30 pieces of paper on stage."

"Since my arrival to UHD, this is the one project that I've wanted to bring to UHD that will showcase the diversity of our students," said Klein.

Allen hopes that UHD and Houston audiences will leave with a sense of meaning, purpose and strength in their own lives.

"The most vital thing I want the audience to take away from this production is that everyone life's is viable, exciting and important," said Allen. "Not only do the performers get to express themselves, but I think that the audience will see themselves in the performers' realities and hopefully inspired to activism to: 'do something with my life and say something…and speak up for who I am.'"

"Too Much Light Makes the Baby Go Blind: 30 Plays in 60 Minutes" will premiere at the O'Kane Theatre with six performances from Feb. 19 to 24 with free Lunchtime Theatre performances at 1:30 p.m. and Friday and Saturday evening curtain call at 7:30 p.m.

The next upcoming O'Kane production is Lone Star in April.