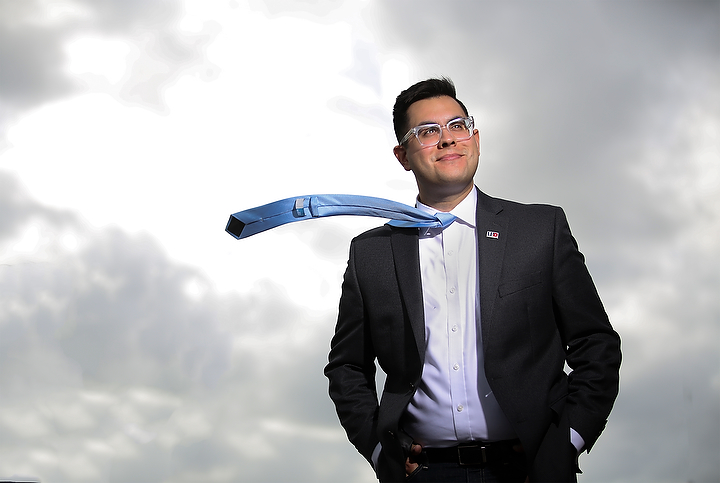 For 40 years, the Pushcart Prize in Fiction has celebrated the independent press while recognizing writers on the rise. The University of Houston-Downtown's very own Daniel Peña was named among the recent recipients of this prestigious honor. Soon, Houstonians will have an opportunity to meet the acclaimed author and experience his work during a reading at UHD.

Daniel Peña, UHD assistant professor of English, will read from his short story "Safe Home" and meet Houstonians at 6 p.m., Feb. 23 in UHD's Welcome Center. This free event is presented by UHD's Cultural Enrichment Center and English Department. Reservations for this event are encouraged and can made through Eventbrite.

"Safe Home" tells the story of Cuauhtemoc, an undocumented man in Texas who is deported to Mexico and drawn into the world of drug smuggling. The story is featured in the 2017 Pushcart Prize Anthology.

"I'm very excited about sharing my work with members of the community and my colleagues," Peña said. "Coming to UHD has been a dream come true, so this campus reading will be particularly special."

Peña arrived at UHD in 2016 and was named among the year's "Most Fascinating People" by the Houston Chronicle.

He earned his bachelor's degree in English from Texas A&M University and his Master of Fine Arts at Cornell University. In 2014, he was named a Fulbright-Garcia Robles Scholar and spent a year at the National Autonomous University of Mexico researching the drug war and its impact on Mexico.

In addition to the Pushcart Prize Anthology, Peña's fiction has appeared in Ploughshares, the Kenyon Review Online, Callaloo and Huizache. In addition to fiction, he contributes articles to international news publications including The Guardian and the Huffington Post. Peña's articles and other works can be read on his blog.