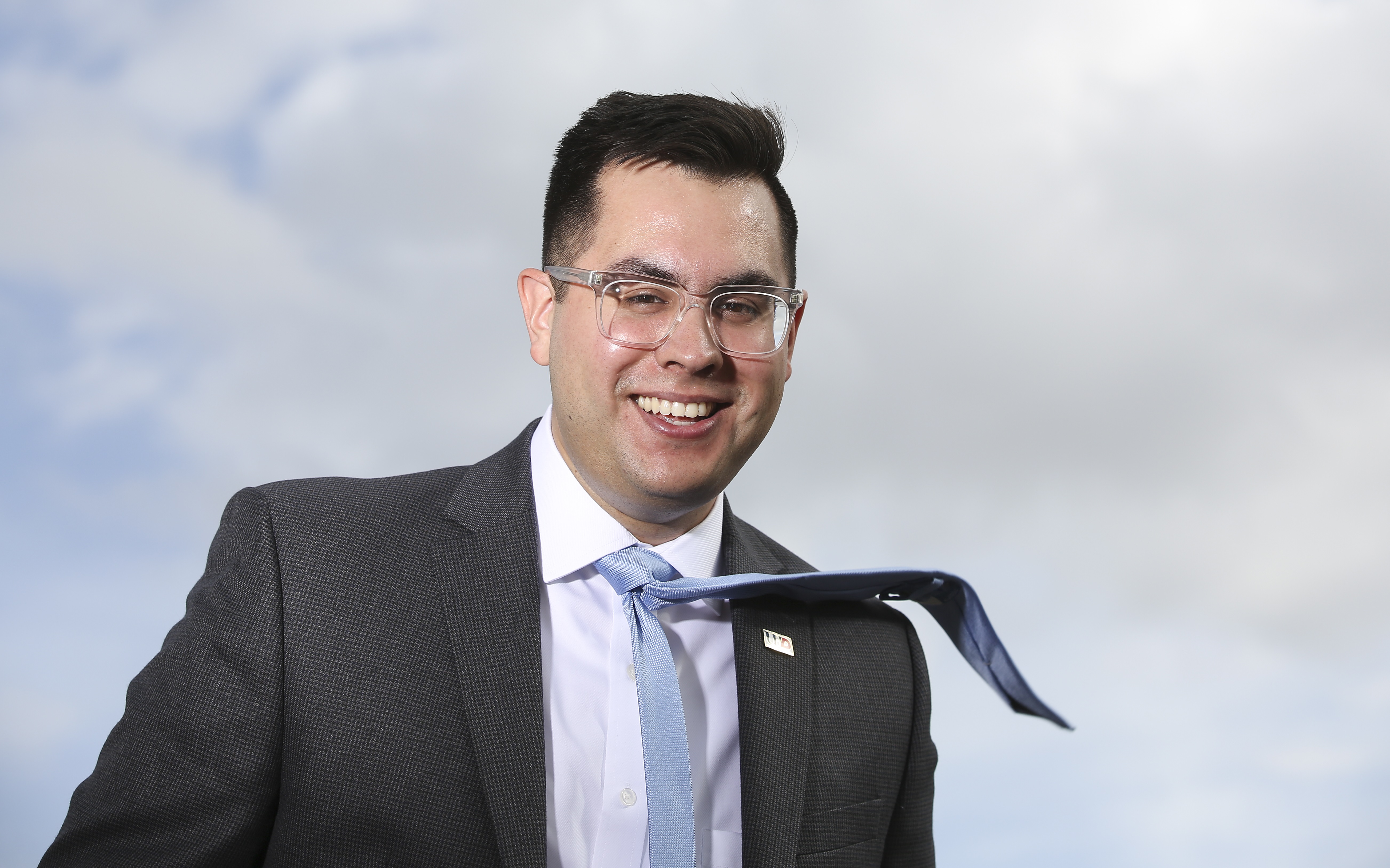 Cuauhtemoc is a young undocumented man from Texas who after finding himself deported to Mexico, is drawn into the violent underworld of drug trafficking. He begins his odyssey as a Juarez cartel drug pilot but quickly becomes transformed into a capable killer as he struggles to survive in the social fabric of the Juarez cartel.

That's the plot behind "Safe Home" by Daniel Peña, University of Houston-Downtown assistant professor of English, who recently earned a Pushcart Prize for this short story. The Pushcart Prize is one of the most prestigious national literary awards given to works published by small presses in a given year. "Safe Home" will appear in the 2017 Pushcart Prize Anthology.

Peña's inspiration for this story stems from his past experiences a former pilot. While he never experienced anything comparable to Cuauhtemoc in "Safe Home," he was familiar with the drug pilot lore that made the rounds of airports where he trained. Much of his training took place in rural air strips, often with abandoned planes parked off the runway.

"I'd see these giant abandoned planes with Mexican tail numbers," he said. "I'd ask about these planes and would often be told that they'd just arrived in the middle of the night. Or maybe it had been there for a while and nobody ever came back for it. I just started seeing how this stuff is everywhere. I found it interesting."

Peña's interest in cartels and drug markets extends beyond "Safe Home." He studied at the National Autonomous University of Mexico as a Fulbright Scholar in 2014 to research America's drug war and its manifestation in Mexico.

The subject matter of organized crime and international drug trafficking is a staple in popular culture through cult films such as "Scarface" and the recent Netflix series "Narcos." Likewise, news stories focused on Mexican drug lords such as "El Chapo" have captivated the public.

Peña said that audiences' interests in such fare stems from a certain mythology that surrounds drug lords and the Mexican border.

An Austin native, Peña holds dual citizenship in the U.S. and Mexico. Initially, his career interest focused on law. As a high school student, he worked for Senator Eddie Lucio III at the State Capitol and was encouraged by the veteran politician to attend law school. While attending Texas A&M, however, he was drawn to writing and mentored by National Book Award-winning author Larry Heinemann.

As an English major at Texas A&M, he balanced his creative energies with his ambitions to be a pilot. Ultimately, he stuck with writing at the encouragement of Heinemann. After earning his bachelor's degree, Peña attended Cornell University and earned a Master of Fine Arts.

His fiction has been published in a number of literary journals including Ploughshares, the Kenyon Review Online, Callaloo and Huizache among others. He also contributes articles to international news publications including The Guardian and the Huffington Post.

"Safe Home" was originally published in the Summer 2015 edition of Ploughshares. The online version of this journal is available for purchase here. Peña's articles and other works can be read on his blog.

He said he's honored to receive the Pushcart Prize, though the news of this award literally provided a "shock."

"I received the email letting me know I won this award, and my face went numb," he said. "It's a very prestigious prize. You never dream in a million years that you'll get one. The Pushcart eludes a lot of professional writers their entire careers. I didn't even know I'd been nominated for it so it was a complete shock. When I heard the news I thought I was having a stroke. Physiologically, that's how it felt."

Fortunately, the shock was only temporary, and Peña can now share his passion for prose with aspiring writers at UHD. On campus, he teaches undergraduate courses in fiction and creative writing.

For details on the Pushcart Prize and to order the latest collection of award-winning poetry and fiction, visit this link.